Asteroids are like heavenly canon pointed at earth shooting hazardous and life threating pieces of rock that can destroy a big part wherever it make contact. Earth has always been a target of such mass causality threats and after being missed by recent hit on 19 July by ‘2019 NJ2’ which was almost invisible, scientist are looking for similar threats. Amidst the probability of being attacked by another nearly invisible asteroid canon ‘2006 QV89’ another massive asteroid named ‘2006 QQ23’ has been detected by space research agency NASA. 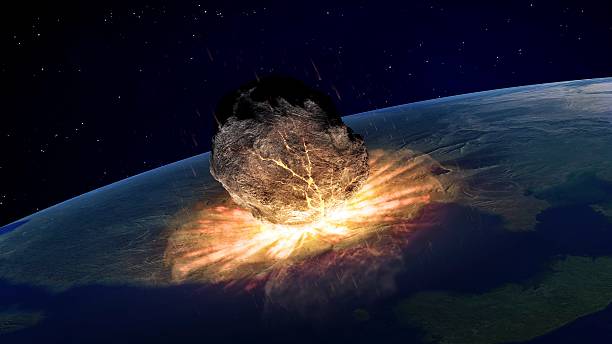 This extremely hazardous and deadly ‘2006 QQ23’ asteroid was first discovered on August 21, 2006 which has a diameter between 254 and 568 metres and orbital period of 263 days. It falls under the category of ‘aten’, which means this near-earth object crosses the path of Earth twice while orbiting the Sun. According to the space research scientists at NASA, this weapon of mass destruction was expected to pass through the earth’s orbit on August 10, 2019 with a minor distance to our habitat planet.

Regarding last encounter with a quite smaller asteroid, if the massive piece rock misses its path and somehow hit the surface of Earth, it can destroy entire country. It is really a missive fire power that has been launched from the space towards our planet and any slight contact can turn into massive causality. However panicking is not the solution because the distance between both there objects are considered safe till now and hopefully it won’t turn out to be a massacre of human kind but possibilities must be considered and it is really a massive asteroid.

Compared to the asteroid that hit earth 66 million years ago and wiped out all the non flying species was about 10 km long, this ‘2006 QQ23’ asteroid is small but it is still bigger that most of the skyscrapers in the world, it is surely hazardous. It might not completely wipe out the earth’s population, but can surely destroy a city or even a country. One good news is that other asteroids have past out the earth orbit by much less distance missing the target completely. This dangerous and massive ‘2006 QQ23’ asteroid is also most probably fly past the earth on August 10 with making any damage and all will be well.